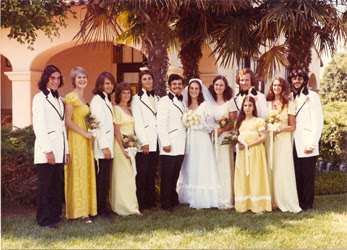 Radio hits from the year we got married:

(There are still a few more to add, but they don't get added to this list until I actually have the songs in my iTunes. Check in again next year for more!)

On anniversaries, I also like to play "Happy Anniversary Baby" by the Little River Band and
"Still the One" by Orleans.  They're not from 1974, but they're such perfect anniversary songs!

Posted by estherbeads at 1:34 PM No comments: