How I Spent My Thursday Night

I was disappointed that I couldn't be at Mah Jongg on Thursday night, but it turned out really well.

My Mother-in-Law Sonia was invited to be the guest speaker at a Holocaust Remembrance event, and it was a women's event, so Gershon couldn't attend.  I felt I should be there for moral support.

Well, she did a great job, and I was really proud of her.  The young women were so impressed, and grateful to her for sharing her painful personal history for their benefit.  In the end, she did an artful job of bringing it all around to today's refugee issue. With her heavy accent and quirky English, she was still articulate & eloquent, never dipping into self-pity, and emphasizing her point effectively that humans can, and must, survive much more than they think they can, and make something worthwhile of their lives.

During Sonia's talk, there was an amusing moment when some of the women realized that she was Gershon's mother. Many of them know him through their children, because he leads children's services at Neveh Shalom. Suddenly the whole context of the evening made more sense to them. 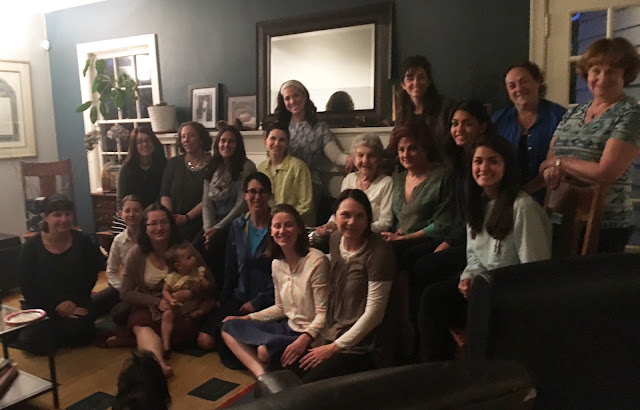 The event was in a private home, attended by about 15 people. Mostly it was young moms, but there were also a few kids, a baby, and a couple of people my age. Also two dogs and a rabbit. We got the hostess' 10-year-old son to take a group photo.  The feeling of intimacy was lovely.  Sonia gave her talk, about 25 minutes, and then there was a Q&A session. Once the formal part of the evening ended, individuals had a chance to talk with Sonia, and she was really in her element. 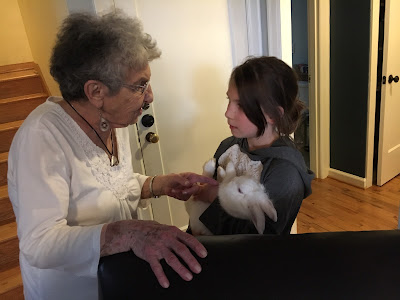 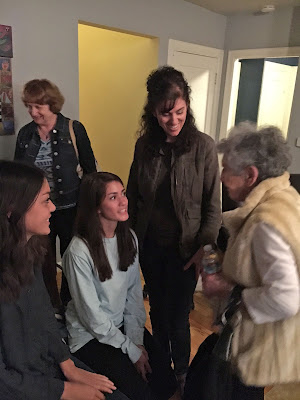 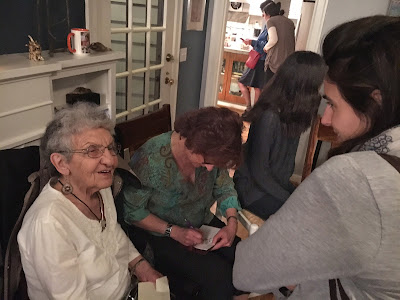 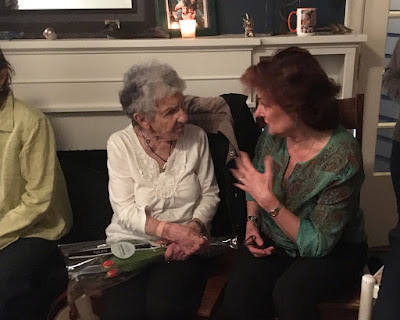 In the end, everything worked out the way it was supposed to, and I was glad I went.
Posted by estherbeads at 3:47 PM No comments: